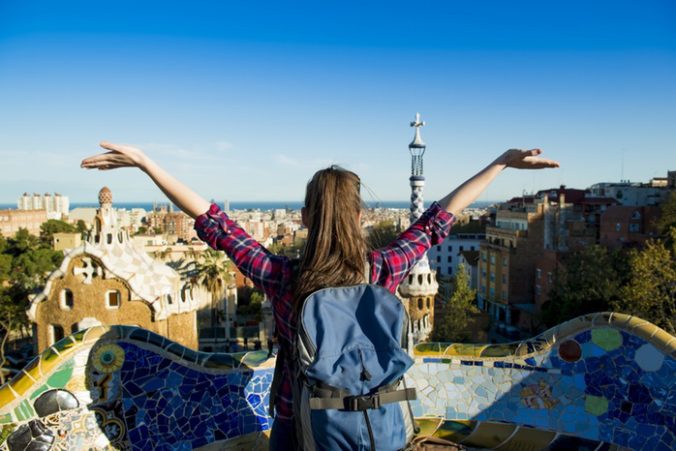 Getting a True Taste of Continental Europe

May 16, 2016 / admin / Comments Off on Getting a True Taste of Continental Europe

I don’t know, I reckon for me island fever is somewhat of a self-fulfilling prophecy in that it only really happens to those who’ve been made aware of something called island fever. I mean sure, Wales is a tiny country comparatively speaking, but if it’s what you grew up with then it’s all you really know, really. And besides, some of us are quite content with small town life and the healthy dose of seclusion that comes with it, along with constantly bumping into familiar faces whenever you decide to wander further than usual. So whenever a bit of island fever hits and going into England doesn’t prove enough to rebalance the scale, continental Europe beckons, but you’ll only really be satisfied if you engage in experiences not readily available locally.

Sure, there are some genuine local attempts at brining the party right to Cardiff, but I don’t know man – partying it up “The Valleys”-style all seems a bit forced to me, you know, like people are just going through the motions and calling it “fun.” So if there is indeed some genuine Euro-style nightlife you’re after, the continental mainland is unmatched by anything I’m yet to experience locally. Ironically enough though, some of the craziest nightlife scenes aren’t even located in continental Europe proper, but are rather accessible from the mainland in a way that douses them with an air of exclusivity. I’m not talking about exclusive “VIP” clubs which have a rather pretentious feel to their rigorously pedalled perceived exclusivity here, but rather about those party spots which take a bit of an effort to reach. If you don’t find yourself partying it up by the beach in Ibiza as a result of having won a competition such as the Maxinutrition 30 day physique transformation challenge, for instance, either way you don’t just happen to find yourself partying it up in a place like Ibiza. Some sort of effort must go into in a sense discovering the hippest and most happening parties, which makes the actual partying that much more memorable.

The other authentically European party hotspot which comes to mind, where the party starts off under the blazing heat of the sun and goes well into the night, is yet another island, which is the Croatian Pag Island. So much for island fever hey! Getting there is some journey, but it’s all worth it in the end.

A whole variety of outdoor adventures and activities are available much closer to home, so these don’t really make up what I’d say is a true taste of continental Europe. What does make it up however, in addition to the unique party and nightlife scene, are the various distinct flavours of Europe. I’ll tell you this – dining at an actual Mediterranean restaurant which serves food made of ingredients that are in-season and locally sourced presents a completely different experience from dining at a restaurant which merely serves Mediterranean food. So I guess what I’m trying to say is that nobody does Italian cuisine better than Italians in Italy, in the same way that nobody does Spanish or Portuguese dishes better than Iberian dining establishments located right there in the part of the world where those dishes originated.

Keeping Your Feet Ready for the Journey