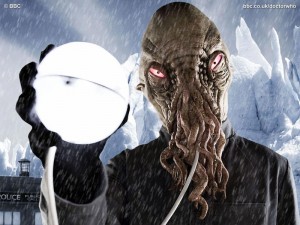 But don’t dilly dally, there’s not long left until June ends. So don’t hang about and tick these 5 great activities off of your Wales To-Do list:

Lots of Doctor Who episodes were filmed in Wales. The BBC have put together this great interactive map, which you can use to explore some of your favourite filming locations for Doctor Who. From finding The Great Glasshouse that acted as the bio-dome in the 2009 special, The Waters Of Mars, at the National Botanic Garden of Wales, to visiting Trefil Quarry, which featured in the 2008 episode Planet of the Ood.

Why not use the BBC’s map to plan a Doctor Who themed scavenger hunt? To do this, get two teams together (ideally all team members will be big Dr Who fans!). Then create clues based on the Doctor Who episodes that relate to the locations in Wales. The aim of the hunt is to be the first team to get a picture outside or inside each location involved in the game. If you give it a go, let us know how it went!

2014 marks the centenary year of poet Dylan Thomas’ birth. In honour of the anniversary Wales is doing all-things Thomas and one of these events is Laugharne Live – a free radio festival. The festival takes place within the beautiful Laugharne Castle in Carmarthenshire and takes from Friday 2nd May until Monday 5th May.

There will be great live shows being broadcast, from The Dylan Thomas Pub Quiz to Stuart Maconie’s Freak Zone show.

According to the BBC website, it’s still possible to apply for free tickets for In Tune and The Echo Chamber.  Also, it’s worth noting that a few shows don’t require tickets, although places are limited. To make sure you bag yourself a seat get there early!

After being cooped up throughout the chilly winter months, it feels fantastic in spring to finally be able to get out and about – especially when you don’t have to spend half an hour putting on half of your wardrobe in order to keep warm.

As well as taking in the beautiful sights, the tea drinkers will be pleased to hear there’s a tea room too at Tan-y-Pistyll. Here you can get a drink, snack or hot meal and enjoy brilliant views of the waterfall whilst you relax.

Watch the puffins at Skomer Island

Skomer Island is described as a Pembrokeshire gem and we can certainly see why – on good days the sea is a clear, translucent blue, which means it’s perfect for days out on the boat. You’ll see a huge amount of colourful wildlife, including the famous puffins.

According to The Wildlife Trust of South and West Wales there are around 6,000 breeding pairs of puffins at Skomer Island – so don’t worry about not being able to spot one if you take a trip to the island this spring!

Things worth noting if you want to visit Skomer Island:

Spring in Wales is synonymous with lambs. If you go to Foel Farm Park, Anglesey, you can spend a great family day out bottle-feeding, petting and watching them play. You can also take a tractor ride or a mini-trailer ride and visit the Anglesey Chocolate Farm, which is on site and serves delicious handmade chocolates. There’s also a tea rooms and a gift shop.

4 absolutely incredible things to do in Wales this summer